“Sing, goddess, the wrath of Achilles Peleus’ son, the ruinous wrath that brought on the Achaians woes innumerable, and hurled down into Hades many strong souls of heroes…” So begins Homer’s classic, The Iliad. Achilles is angry. Is his anger helpful or harmful? 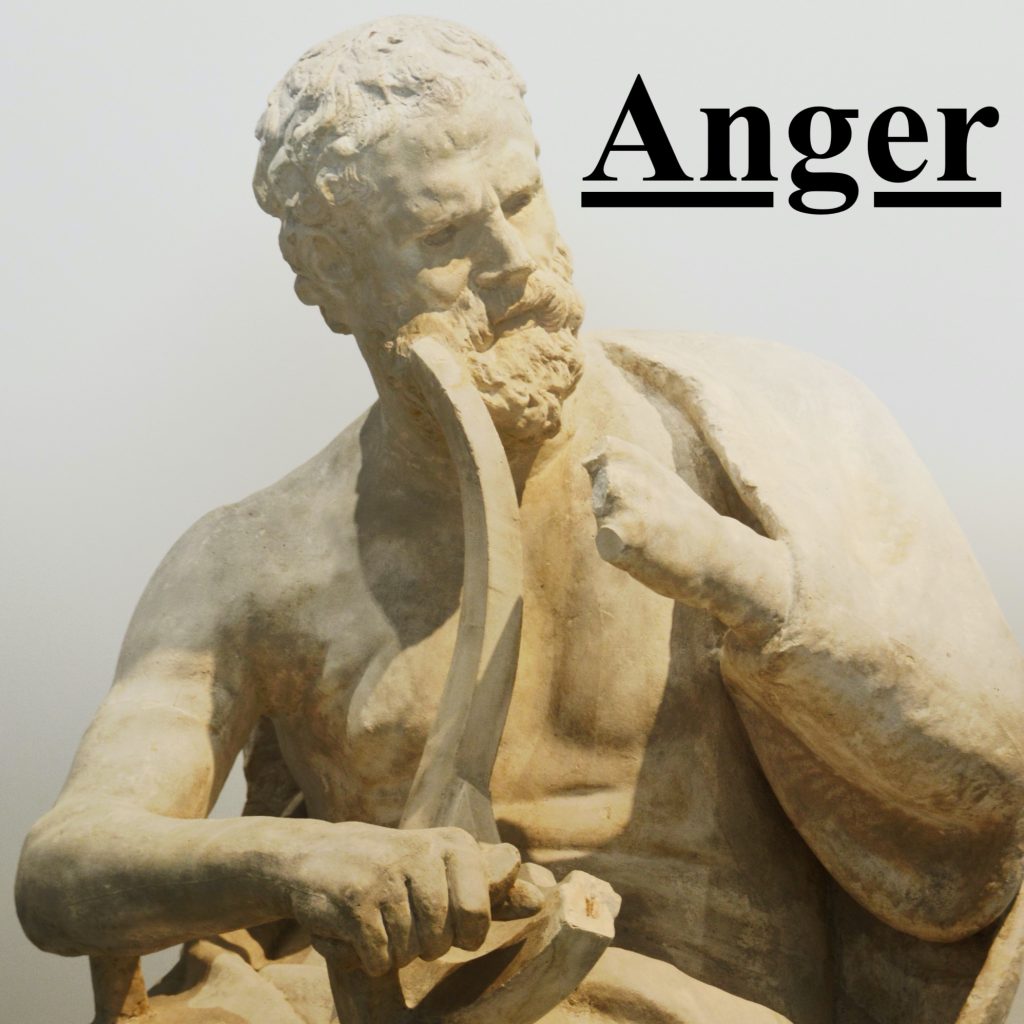 I work with an organization that trains first responders, such as police officers and firefighters. In a recent call with them, one firefighter, Joel, shared a story of anger. He was going grocery shopping one morning, during the time that the store was open exclusively for first responders. Grocery stores provided this exclusivity by opening an hour earlier than normal to help first responders meet their needs due to the varied schedules they had and to honor what they were doing for all of us during this difficult time.

A line of other patrons had already formed by the door, waiting to enter. One man standing in the line saw Joel walk by, entering the store, in his firefighter uniform. The man said in an angry voice, “Who do you think you are, being able to go in earlier than the rest of us?”

Anger is an emotion we all might be experiencing and witnessing now.

To express anger, for the appropriate time, amount, and reason can protect us. It’s an emotion that moves us to take action to defend our boundaries. If someone invades our space, then anger can mobilize us to fight and protect ourselves. Such events tend to be short-lived. A boundary is crossed, we use anger to protect ourselves, and then return to a calm state. That’s a helpful use of anger.

The man at the grocery store felt like his fairness boundary was crossed so he lashed out in anger. Why should a first responder have privileged access to the grocery store? After all, we’re all struggling to get our needs met during this difficult time. Perhaps the man also had a difficult job and equated his position with that of firefighters?

Anger becomes harmful when it’s short-sighted, when we create boundaries that don’t take into consideration other’s needs. First responders are on the front lines of this pandemic, doing work for the rest of us, to keep us safe. They’re like the soldiers in this war with the Coronavirus. The man at the grocery store lost sight of the service they provide to keep him safe. He forgot that his need for safety was being met by Joel. He needed to consider what he could do to meet the needs of first responders. Life is a two-way street of service. Honoring the exclusivity of shopping at the grocery store, one hour earlier than he was able to, would be one way of doing that.

The dark side of anger lingers long after the event. The mind dwells on it, thinking of how we were offended or treated unfairly. Over time, the anger turns into resentment and begins poisoning our attitude. This is probably what happened with the man at the grocery store. The event was over as quickly as it took Joel to walk into the grocery store. Yet the anger likely lingered in the man waiting in line because the object of his anger wasn’t there anymore. He was left alone with his anger. His mind probably dwelled on how unfair the situation was, which likely turned into resentment for first responders.

Such short-sighted, harmful anger demonstrates a forgetfulness, a loss of understanding that we’re in this situation together. By shifting our perspective to the needs of others, we diminish harmful use of anger. We all need to serve others, not just first responders. With this mindset, we can shift to the antidote for harmful anger and heal everyone. That antidote is the emotion of love. Instead of fueling ourselves with harmful versions of anger, we fuel ourselves with love. Love connects and heals relationships and our world. We shift to love to help the whole, not just ourselves.

The inner state of the man at the grocery store was turbulent; he had conflicting emotions within him. That inner state will be expressed at some point. Bottled up anger and resentment tends to express itself explosively, with violence. If we delve into the dark side of anger, we tear ourselves and our world apart. Just like Achilles’ wrath, anger can bring innumerable woes and drive our souls into hell where we’ll dwell and find no escape.

Practice Tip: How to Shift Anger to Love

When you encounter others and wonder “Who do you think you are?”, you may become angry. Shift the anger by answering the question. Do this by dwelling on how we’re all connected and providing each other’s needs. Remember that life is a two-way street. Then take action. Be loving. Shift your mind from “Who do you think you are?” to “I know who you are. You’re like me, and we serve each other.” Then tell them; they’ll love you for it.