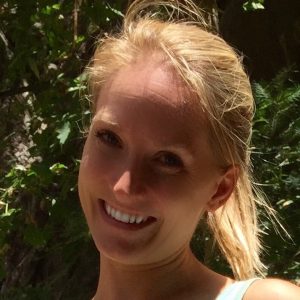 I, along with other Evolv athletes, was selected to participate in the Free Mind mental training program that Arno Ilgner was developing, which builds on what The Warrior’s Way already teaches. Jeff Lodas, one of Arno’s trainers, was my coach. The reason I wanted to participate in this program was my fear of falling. Years ago, I took a fall while climbing that left me on crutches. It took me months to recover. Healing physically was the easy part. Mentally, I struggled to push myself while rope climbing. I would only climb routes that I was confident I could do without falling. I was emotionally weighed down by this self-instilled limitation. I would leave the crag disappointed in myself because I knew that I was capable of doing more.

The Warrior’s Way Free Mind training didn’t address my falling fears directly. Rather, it made me look within myself and examine my own thought process. “Impeccable awareness simply means that attention is in the present moment and not distracted,” Arno Ilgner says in his book Espresso Lessons. For me, that was easier said than done. I began this training in one of the busiest years of my life. I was studying to take four Certified Public Accountant (CPA) exams, which took 20+ hours a week for six months devoted to studying. Meanwhile, I was also working a full-time job in public accounting, coaching climbing classes, route setting, and training for my own climbing. My mind was far from being in the present moment, and I felt scattered and overwhelmed. The Warrior’s Way training was exactly what I needed to make sense of my chaotic situation.

A few months into the program my whole focus shifted. I began approaching my climbing based on being interested in a move or hold, rather than on a potential fall. I intend to do a Warrior’s Way Falling clinic in the future so I can address my falling fears directly. But I already can see the benefit this shift has made for diminishing my fear. I just do my best to keep focusing on climbing rather than falling. 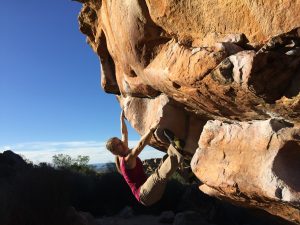 I also found the mental training was helpful outside of climbing. When I was studying for the four high-stakes CPA exams, I felt an overwhelming fear that I wouldn’t pass. I was scared that all the time I spent studying—that would normally be spent climbing—was wasted. After a few months into the mental training program, I began to focus on what I could learn and not focus on the outcome. Focusing on what I could learn was like focusing on my climbing; focusing on the outcome was like focusing on falling. The most important point was not ignoring the stress. I acknowledged it, found a way to work through it, and learned from it. I’m happy to report that I passed all four exams on the first try! 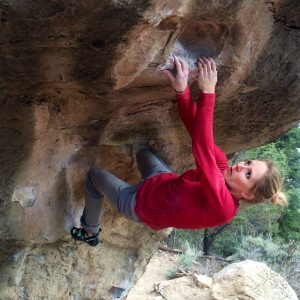 Arno and Jeff outlined potent strategies customized to my needs. It involved mental training such as focusing on the task and body awareness to keep attention in the present moment. The program was difficult and I wanted to admit defeat several times because that would be easier. Yet, looking back, I realize that I learned the most in those moments. It was in those challenging times that I could see my mind trying to stay in its comfort zone. Learning to deal with stress, and not ignoring it, is a powerful tool I am thankful to have learned. The fact is mental training is difficult and you will be challenged; but if you persevere, you will become an even stronger and happier version of yourself. For me, I became a more confident lead climber, but also got to know myself better.