Benji Palmer recently succeeded in achieving his goal, Rumors of War, at the Obed climbing area in Tennessee. While coaching him, I noticed he lost mental focus by getting frustrated when his efforts fell short of his expectations. I needed to help him diminish his frustration so he could be more mentally powerful.

Being mentally powerful is likened to keeping a train on its tracks. In this metaphor, attention is the train and the climbing tasks are the tracks. If the train stays on its tracks, it makes progress towards the destination. Similarly, if our attention stays focused on the climbing tasks, then we make progress towards our goal. We get derailed when the mind distracts our attention from the task. Becoming aware of this tendency diminishes getting mentally derailed.

Habits, like getting frustrated, can be deeply rooted in the neural networks of the brain. It takes intentional practice to change them, which requires accepting outcomes, being curious, and doing work. These help us stay focused on the relevant experience so we’re present for it, learn what’s necessary, and enjoy it more.

Wanting Something for Nothing

We can begin by intellectually understanding that frustration isn’t helpful. Frustration is a behavior that demonstrates that we want something for nothing. We want to achieve a goal, without doing all the necessary work. Once we become aware of this “something for nothing” tendency, we realize how limiting it is. We acknowledge that our most meaningful experiences required a lot of work, more than we initially thought. We realize that we want something for something: giving effort for achieving a goal. Focusing on giving effort positions us for accepting outcomes as they are, remaining curious to possible solutions, and doing the necessary work.

It’s also helpful to observe how we feel when we’re in the experience. Frustration feels terrible; we feel like victims. Curiosity creates a different experience, one that’s more engaging, effective, and enjoyable. 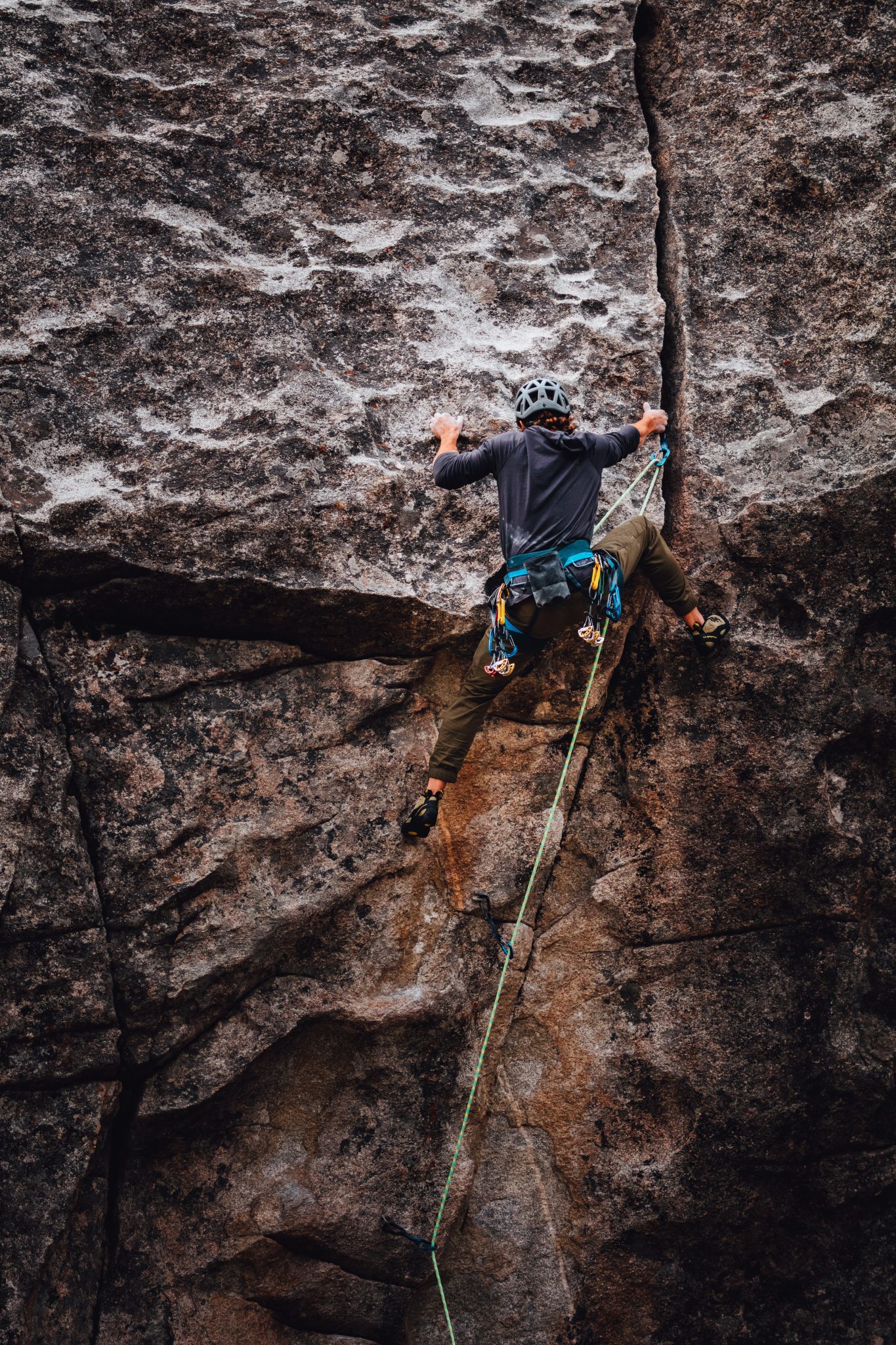 I gave Benji tangible tools to work through his frustration. These consisted of noticing when he got frustrated, stopping that behavior, and accepting the outcome. Next, he focused on being curious by asking himself “What contributed to the fall?” Finally, he applied his attention to the climbing tasks when he climbed.

Benji fell at the pumpy second crux of Rumors, got frustrated, and immediately said “I’m okay,” which meant he noticed he’d gotten frustrated. This helped him accept the outcome and remain curious. He asked himself: “Why did I fall?” This inquiry process led him to realize he had let go of the rock because he didn’t think he could continue climbing. This realization changed how he approached his next redpoint effort: he would continue climbing, even if he didn’t think he could. He would continue to focus on moving forward.

He didn’t feel very pumped climbing through the second crux on his successful redpoint. Actually, he felt confident. He felt so confident that his mind created the thought “I’ll probably succeed.” He still had a lot of pumpy climbing to do and could fail if he allowed his attention to focus on success. He noticed the “success” thoughts, consciously let go of them, and brought his attention back to the task of moving forward. Thoughts of success continued to derail his attention as he climbed. He observed this, redirected his attention, and climbed to the top.

Afterwards, Benji expressed sadness that Rumors was over and wished the experience had lasted longer. “It was like coming off of a high; I wanted to still be in that experience” he said. He wondered whether or not he should get on Rumors again to extend the high feeling of the experience. But then he realized that doing it again wouldn’t put him back into the previous experience; it would be different. Climbing it again, after knowing he already succeeded, would be a totally different experience.

Benji had been to Rumors about six times total. He said that when he succeeded it was more of a mental challenge than physical one. He hadn’t improved his physical strength. What had changed was his ability to keep frustration from derailing him, which maintained his mental power. He was able to keep his train on its tracks and let it flow to the destination.

Catch yourself whenever you get frustrated. Then, accept the outcome and stop the frustration. Take a breath, and ask yourself: “What contributed to the fall?” Asking this question shifts your attention toward being curious, which will keep you from becoming derailed and help you find an answer. 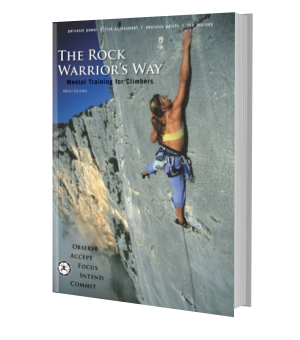 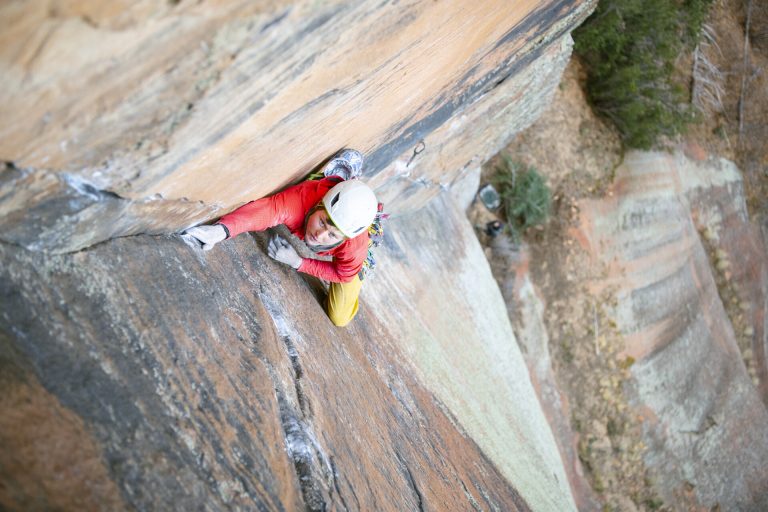 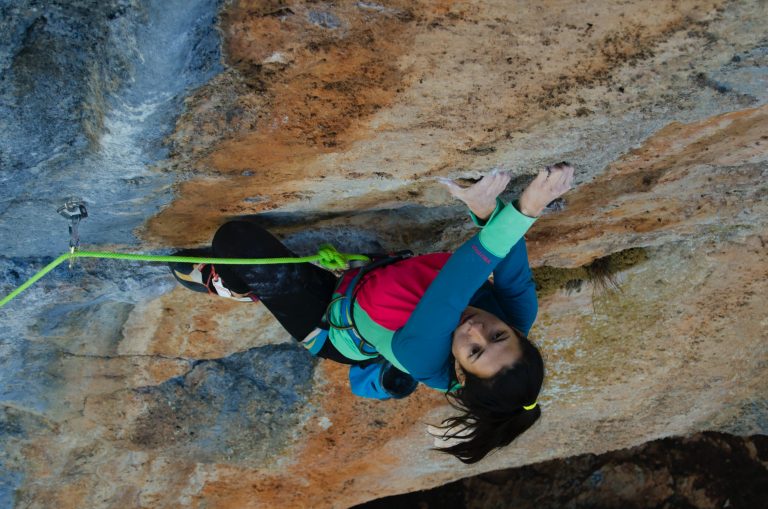