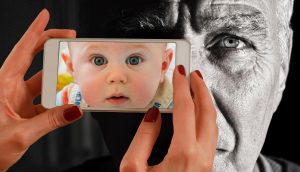 Students think they know what they need to learn when they come to our clinics. For example, some want to overcome their fear of falling.

What I’ve learned as a teacher is that what students need to learn is different than what they think. And why would it be otherwise? How can we know what we need to learn before we learn it?

Don Juan knew that the most important thing to teach Carlos Castaneda was to learn about knowledge. He also knew that he had to capture Carlos’ attention to do this. The only way to do that was to teach him about medicinal plants because that’s what Carlos was interested in. Don Juan tricked him into learning about knowledge while teaching him about medicinal plants.

Carlos reflects on his apprenticeship with don Juan in Journey to Ixtlan:

“It became evident to me that my original assumption about the role of psychotropic plants was erroneous. They were not the essential feature of the sorcerer’s description of the world. My insistence on holding on to my standard version of reality rendered me almost deaf and blind to don Juan’s aims.”

“There was another reality, which I did not know. Don Juan stated that in order to arrive at ‘seeing’ one first had to ‘stop the world.’ ‘Stopping the world’ was indeed an appropriate rendition of certain states of awareness in which the reality of everyday life is altered because the flow of interpretation, which ordinarily runs uninterruptedly, has been stopped by a set of circumstances alien to that flow.”

“Stopping the world” stops the habitual way we perceive reality. We’re all rife with limiting interpretations, which create a perceived reality that isn’t accurate. Then we live within that limited reality, unwilling to escape it, because it’s familiar. We need awareness to break out of it. A teacher can trick us into learning what we need to learn and thereby help us “stop the world”.

The mind wants to do mental training from its comfort-based achievement motivation and fails in its efforts. For example, climbers tend to begin falling practice by taking scary lead falls to get it over with. Therefore, they fall with tension, poor body positioning, and hold their breath. The result is increased fear and neural brain networks that support this limited way of falling.

As instructors, we trick students into learning what they need to learn. We teach them falling because that’s what they think they need to learn. But we do it incrementally, beginning with short toprope falls and slowly progressing to lead falls. Doing falling practice this way is alien to them, yet it helps us capture their attention and stop their habitual way of understanding how to learn a skill.

Incremental falling practice gives them an experience that supports what they really need to learn, which is a shift in their motivation. Instead of practicing with a motivation to get over a fear, they learn to be motivated to be present for it. They actually begin enjoying falling.

We’ve tricked them into learning a foundational skill–motivation–that changes how they perceive reality.