This Rich Roll podcast with Dr. Andrew Huberman was suggested to me by a student. Andrew is a neuroscientist. Neuroscience perspectives can give us a lot of current and new insight into the brain and performance. One particular point struck me as really valuable. That is, a lot of people focus on changing beliefs, which lie at the root of our behavior. If we believe we’re worthless, then we’ll behave that way. 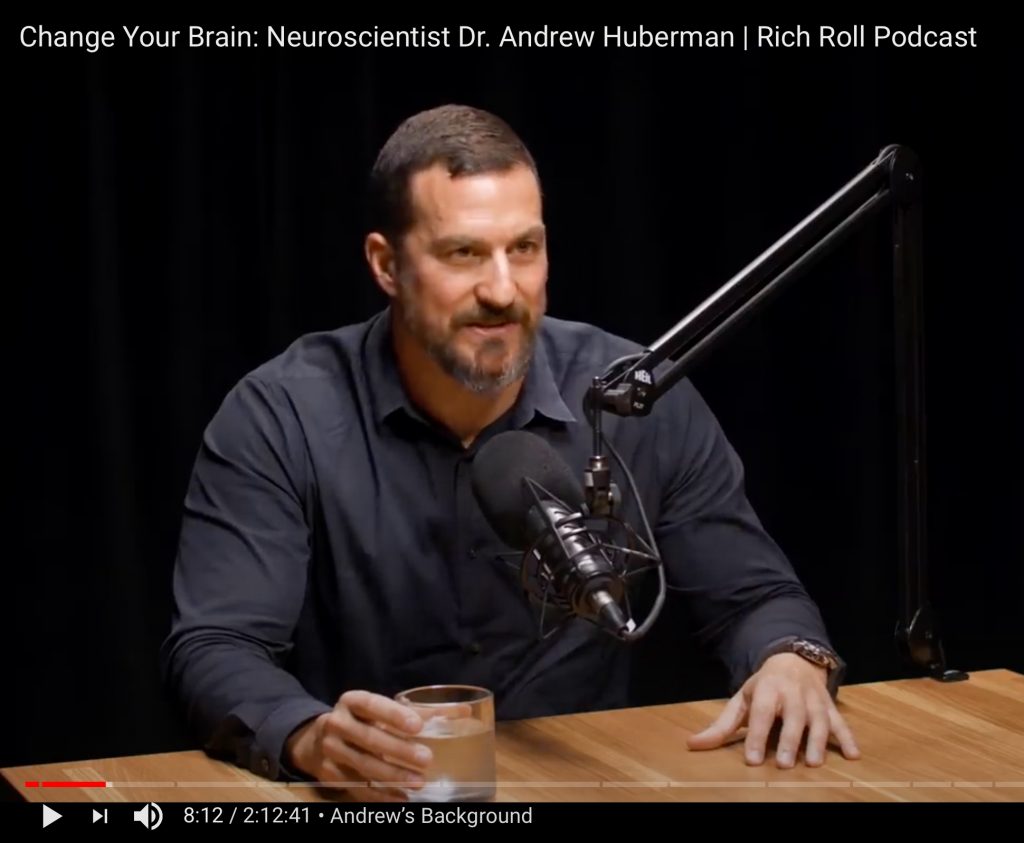 Layering of cause and effect, from bottom up, seems to be: belief, emotion, thinking, decision, action, results. Beliefs lie at the foundation. The idea is to change the foundation so all else will also change. I think this is a valuable approach. What Andrew Huberman suggested, though, is the reverse. Start at the top and let it influence what lies below. At the top we have results. We need to take one step back to action. Action is the last part of the process where we’re actually doing something that leads to results. Action is about behaviors. This is where Andrew suggests starting, something he learned from David Goggins, someone who seemed to give up on his life. His beliefs reinforced this feeling, until he made a choice to do something about it. He decided to become a Navy Seal, which set in motion behaviors that stepped him in that direction. Starting with behaviors reverses the cause and effect sequence. Those behaviors made Goggins believe he was worthwhile because that new belief was grounded in experience.

We can work this process from both directions, from the bottom by changing limiting beliefs and from the top by changing limiting behaviors. There’s little that one can criticize about the value of taking action. Action leads immediately to tangible information you can do something with. Confuse the sequence of cause and effect by starting from both ends. That’ll really make your journey of self discovery exciting. I encourage you to listen to this podcast and apply this lesson and any others you find valuable.